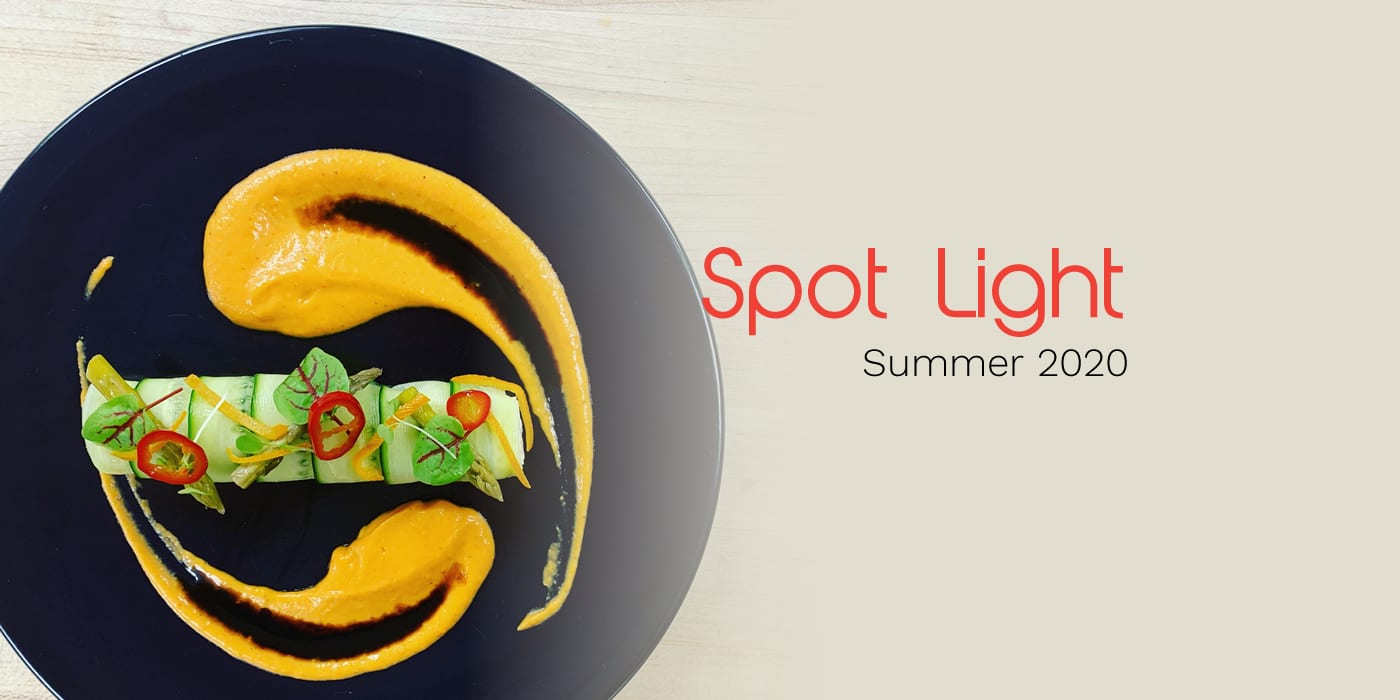 It might seem like a bit of a leap for an accomplished athlete who studied graphic design in college to go on to become a highly-sought Executive Chef, but leaps are no big thing for Dan Hixon. Chef Dan was a champion hurdler (among other sporting accomplishments) who set league records during his high school years. Today, he says, that athletic background gives him an edge as an Executive Chef. 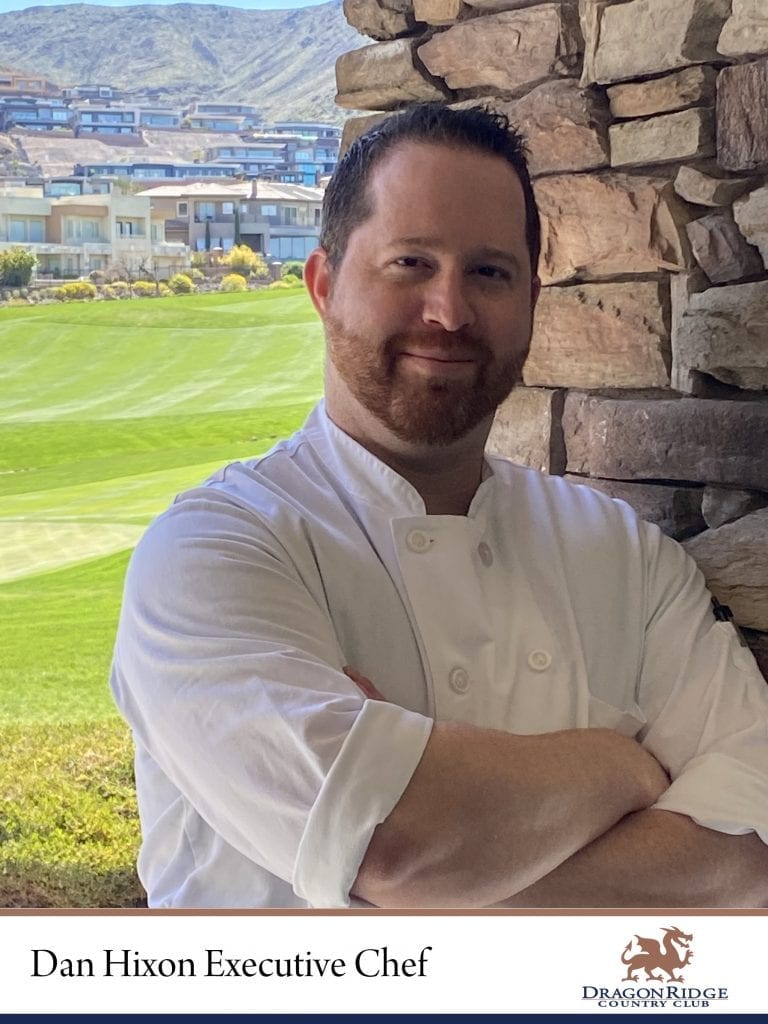 “Being on a team is similar to being in a kitchen,” says Dan. “It involves performing well under pressure, coordinating efforts with team members, coaching, and doing the things you need to do outside of work, such as training on your own. I like to gain weekly inspiration studying what the best Chefs in the world are doing, and then translating it my way.” Chef Dan adds, “Great Chefs are learning all the time. Once you stop [learning] you’re done.”

Chef Dan’s drive enabled him to rise from the dishwasher to Executive Chef over several decades. “In the culinary world, there are no short cuts,” he says. “You have to put your time in. You can’t work for a few years in a kitchen and then be a Chef. I was cooking for seven years before I became a Sous Chef, then spent another six more years as that [before becoming an Executive Chef.]”

His creativity and passion defined his work in several prestigious kitchens, including the one at Oak Hill Country Club, outside Rochester, New York. A native New Yorker, Chef Dan gained industry respect working in elite restaurants in New York and Las Vegas, including the kitchens of Southern Highlands and DragonRidge Country Club, where he worked as a Sous Chef many years ago. The respect he’s earned is echoed by colleagues.

“Dan is one of the few people I have worked with that I can say is legitimately passionate about his work,” says DragonRidge Sous Chef John Kohler. “He lives and breathes food on a daily basis, and that is not something you always find in this industry. I think that is something that separates the people who go on to become great Chefs, from those who just kind of get by.”

Chef Dan gives thanks in part to his training as a former graphic artist, he has an eye for food design. “I believe that food is art,” says Dan. “I used to love logos. I’m a very visual person, and that translates into my plates. One of my greatest strengths is plating. I like to use lots of different colors. Plates are colorful works of art.”

He is known for other strengths, including his passion for creating ingredients from scratch, such as fresh pastas and fresh bread. “It’s important to have fresh, hot bread every day. You can’t replicate that from a supplier. You have to make it,” says Dan. “I look forward to bringing that to the Montrose when we reopen.”

Chef Dan adds that his pasta is top-notch. “I make my own pasta, all kinds, including Ravioli, Fettuccine, etc. I’ve perfected my personal pasta recipe to the point where I don’t want to change it anymore,” he says. “I do some unconventional things when I make pasta.”

As for style, Chef Dan says he leans toward a New American Cuisine style of cooking and strives to challenge himself and his diners. “I’ve been told I make a pretty good Gazpacho. It will be on the menu when we reopen. It’s a Strawberry Gazpacho with crispy prosciutto, herb oil, and basil. It will be colorful, obviously, and the flavors are surprising.”

Chef Dan is eagerly anticipating the day when he can reopen all the dining establishments at DragonRidge Country Club. “For the Montrose, we will make a squid ink pasta, a nice fresh seafood pasta that is daring. I love preparing seafood, and I love elevating foods to make them notches better.”

Dan is a father of a 6 and 5-year-old boy and a girl who live with their mother in New York. “My ex is a great mom, and we co-parent very well. I look forward to Skyping with them on Mondays.” He is also a Patriots fan. “It’s a family thing,” he says.

Despite having family on the East Coast, Chef Dan says he plans to make Vegas his permanent home. “One of the greatest reasons I wanted to come back here is that in this town, people are more receptive to elevated food. They want that. They’ve come to expect that. They want something extra, and as a Chef, that’s what I want.” 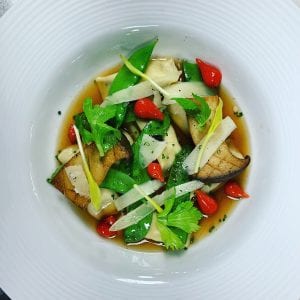 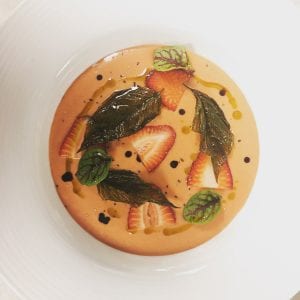 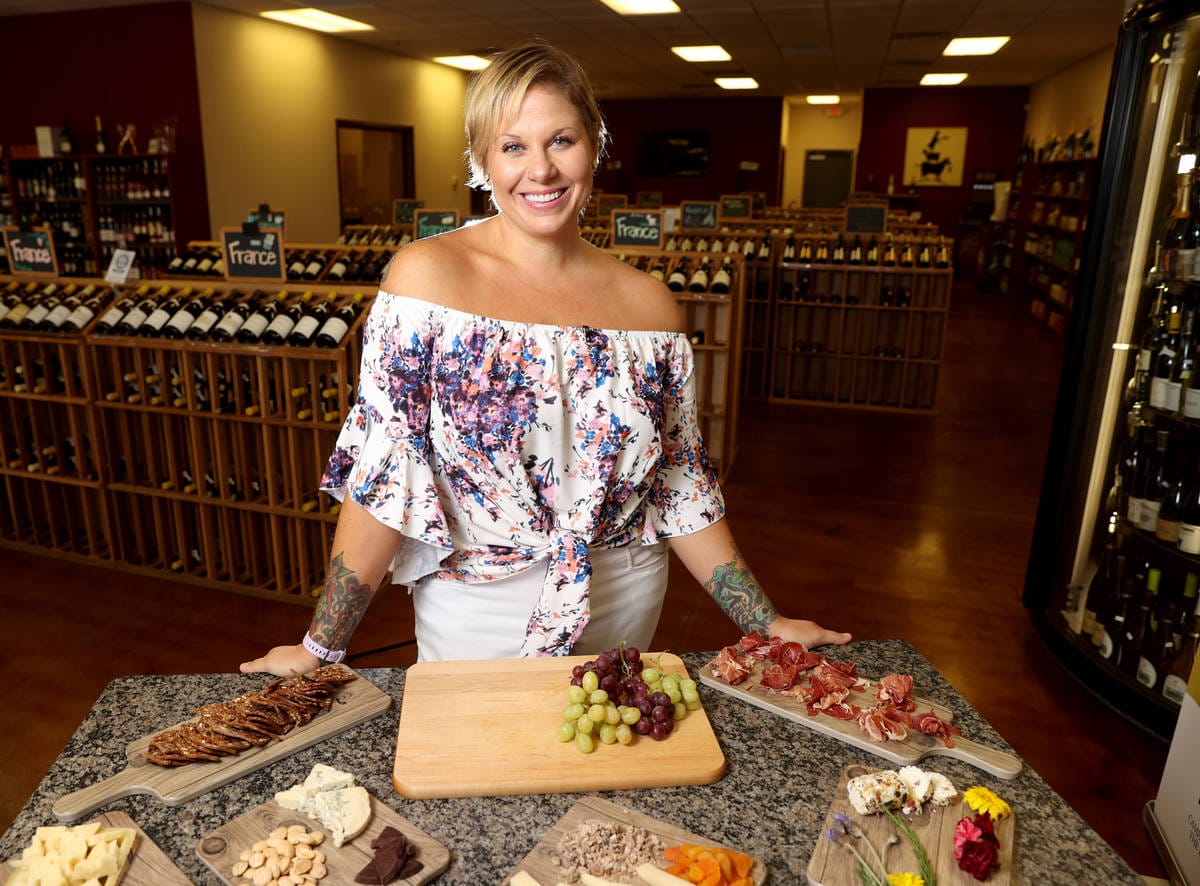 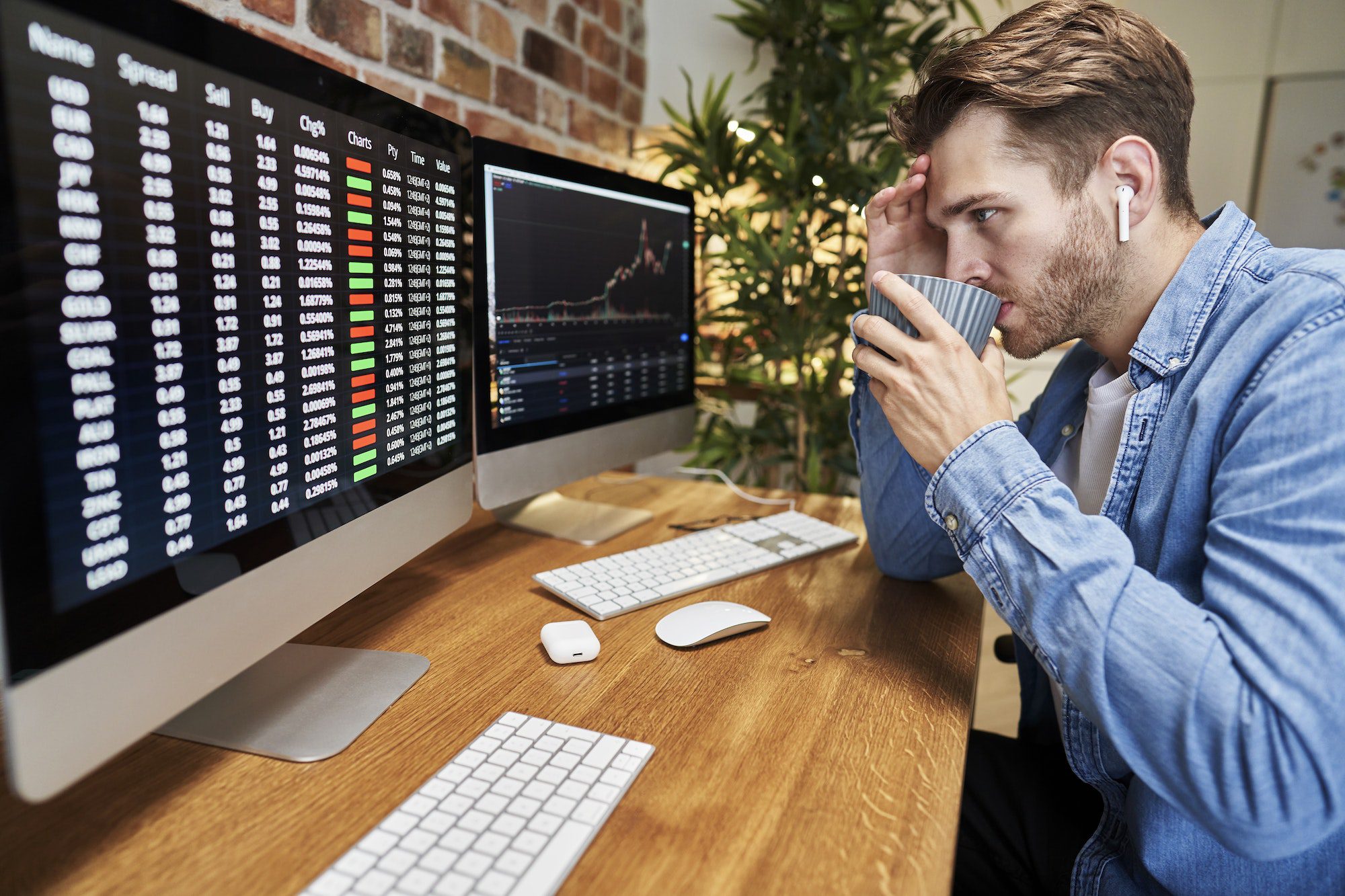 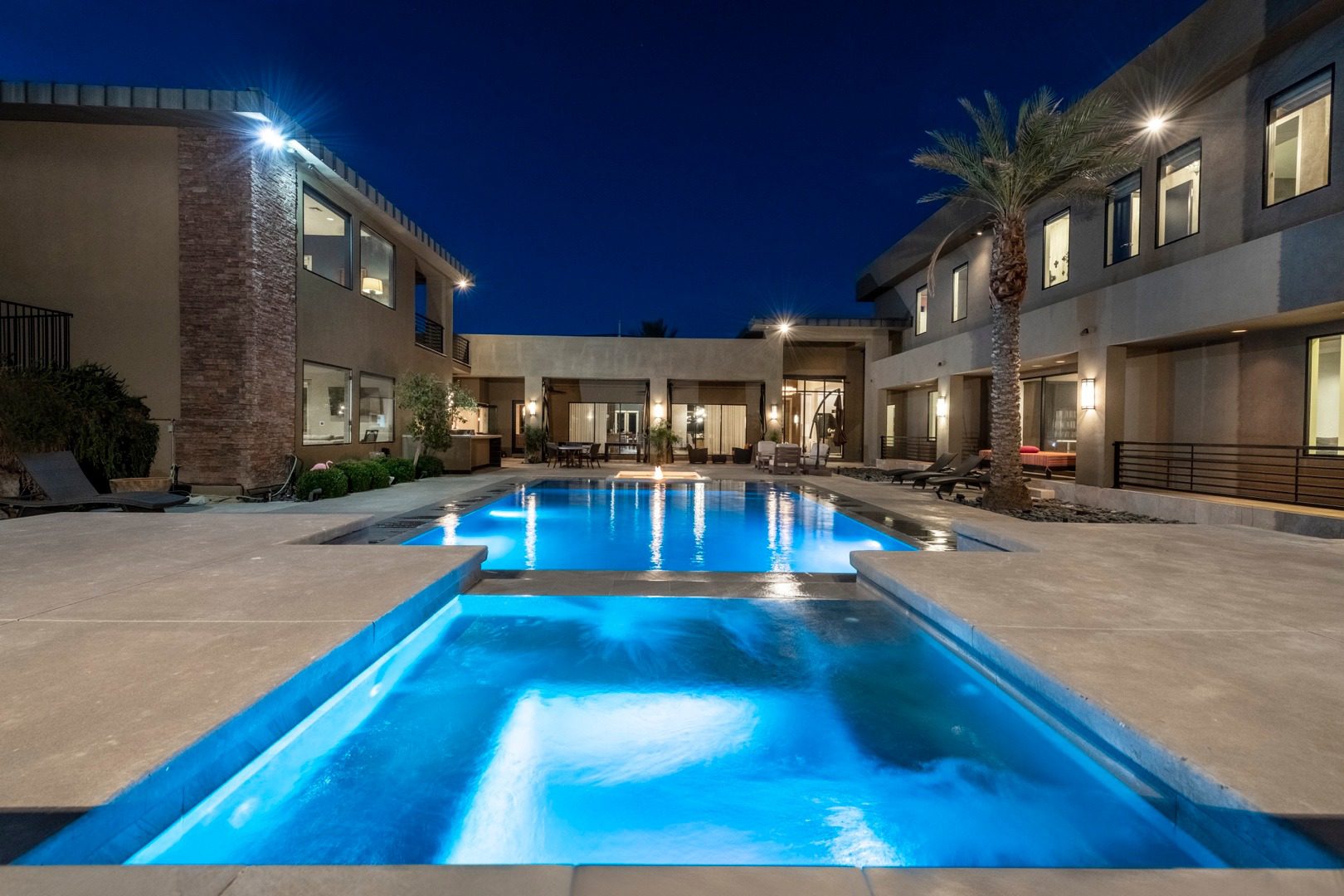